What does it mean to be a “competent outsider”? This has been a major challenge in my life. I grew up during school desegregation and struggled with black and white lines that divided Wilmington, Delaware, and the rest of the country in the 1960s. I have traveled widely and lived abroad on several occasions—Israel, Germany, and Sri Lanka. I studied and taught comparative religion at Temple University. And I have critically engaged with scientific and interdisciplinary topics for the last 20 years. In all of these situations, I frequently found myself in the role of an outsider, though not necessarily competent.

Fluency in a nonnative language, knowledge of a foreign culture, and competence in a scientific or academic discipline are all relative concepts. We are all differently competent on a spectrum that can be both wide and deep. Frankly, I don’t really consider myself fluent in English given the snails pace of my reading and the torturous process of writing these essays. The larger point, however, is that we are all outsiders to someone else’s expertise in multiple situations both mundane and profound. 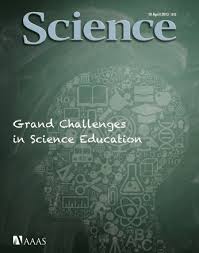 The journal Science recently featured a series of reviews and perspectives under the title “Grand Challenges in Science Education.” For those not familiar with STEM education issues and concerns, this would be a good place to start, if only for the references to numerous national studies and reports cited in the reviews. The articles are available online.

One article in particular stands out. The term “competent outsider” shows up in a piece by Noah Weeth Feinstein, Sue Allen, and Edgar Jenkins. In “Outside the Pipeline,” they discuss science education for nonscientists. Rather than emphasizing pre-professional science education—i.e., “the Pipeline”—they ask what kind of education will help students use science in their daily lives and productively engage in technical public policy debates. The authors write:

For half a century, the world’s wealthiest countries have asked their education systems to teach science to all students, including those who will not go on to scientific careers. Under slogans such as “science literacy” and “science for all,” schools have attempted to prepare all students to make sense of science in daily life. … [I]t is not clear that these campaigns have enhanced people’s ability to function in a world where conflicting health advice clutters the Internet, research is filtered through political screens, and the media strips context from scientific claims.

The authors are favorably disposed to approaches like Problem Based Learning (PBL),Science Technology Society (STS), and Place Based Education, but also note that little is actually known about the effectiveness of using these approaches singularly or together over time. They promote Socio-Scientific Issues Discussion (SSID) in the classroom to “engage [students] in structured conversations about a science-inflected social problem, with the goal of uncovering epistemic and ethical nuances at the interface of science and daily life.”

They are also skeptical about teaching a generalizable scientific method, as in teaching students to “think scientifically.” They see progress in the forthcoming Next Generation Science Standards (NGSS), which break scientific inquiry into distinct and interconnected practices such as modeling, argumentation from evidence, and peer review. This is progress, say the authors, because “[i]t rejects the empirically dubious notion of a single scientific method, offers greater specificity than most inquiry frameworks, and better represents the collaborative and iterative aspects of scientific work.” They continue:

Nonscientists rarely need to replicate the iterative processes of systematic research, and literature suggests that it is difficult to transfer principles of research design, learned in disciplinary contexts, to the highly variable circumstances of daily life. On the other hand, nonscientists do need to judge the trustworthiness and local validity of putatively scientific claims.

This is not just a problem for nonscientists. The interdisciplinary nature of much research today requires teams of competent outsiders working together; a cell biologist understands the biochemistry of running a polymerase chain reaction, but would generally not have a clue how to actually build a PCR machine in her lab. A theoretical physicist in the hospital with a serious ailment is an outsider to the expertise of the attending physicians, but then the physicians also know little theoretical physics. The question is, then: What makes someone a “competent” outsider when it comes to science beyond that person’s expertise? As we learn from Feinstein and his co-authors:

[C]ompetent outsiders make sophisticated judgments about the credibility of scientific claims based on cues like professional reputation, publication venue, institutional affiliation, and potential conflicts of interest, even when they do not understand technical nuances of experimental design or laboratory technique.

This, of course, is easier and more obvious for trained scientists than the general public, as they have already faced the rigors of their own disciplinary training, publications, and peer review processes. Yet it should be possible to cultivate these abilities in the public at large, creating a citizenry and workforce that function as competent outsiders in multiple domains. Knowledge of science, technology, engineering, math, and medicine are essential skills for citizens in the 21st century. Innovations in these domains are vital for economic growth, environmental wellbeing, medical health, and national security. Education today must foster a new kind of interdisciplinary and global competence, without losing high levels of specialized expertise.

Big History is such a curriculum and a foundation for further specialized studies. Big History is the metanarrative of nature and our species. It integrates the specializations of science and the different periods of history into a single account of the development of the universe, the evolution of life, and the history of humanity. None of the reviews in the special issue of Science on “Grand Challenges in Science Education” mention Big History by name, though Feinstein and his co-authors identify a need “to develop a systematic and developmentally appropriate set of scaffolds for learning.” And, like other educational methodologies, reforms, and initiatives, we do not yet know if Big History will really improve learning outcomes in high schools and universities.

The authors note that pedagogical “practice outstrips research.” There is very little evaluation and assessment research on any of these educational methodologies, now going back 50 years. The new educational fads — Problem Based Learning (PBL), Science, Technology, Society (STS), Place Based Education, and Socio-Scientific Issues Discussion (SSID) — haven’t really been proven to be effective. Nor have there been any systematic and statistically validated assessments of the Big History curriculum.

Scientists are as likely to be adversaries as allies in these efforts, in part because they are too focused on building a pipeline of future specialists. Training “competent outsiders” is likely to require real change. As Feinstein and his co-authors conclude:

The scientific pipeline dominates educational discourse today, but it is those outside the pipeline who would benefit most from reform. Serving their needs requires a different sort of activism, and new attention to evidence about how, when, and why people interact with science. 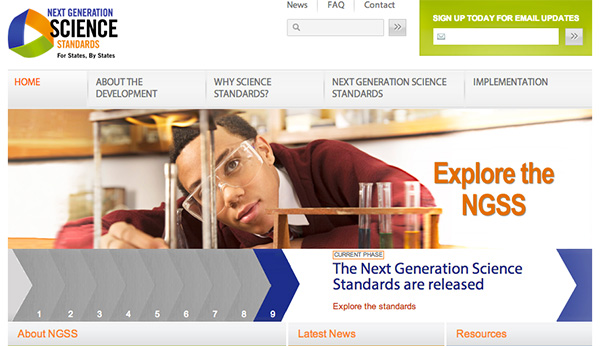